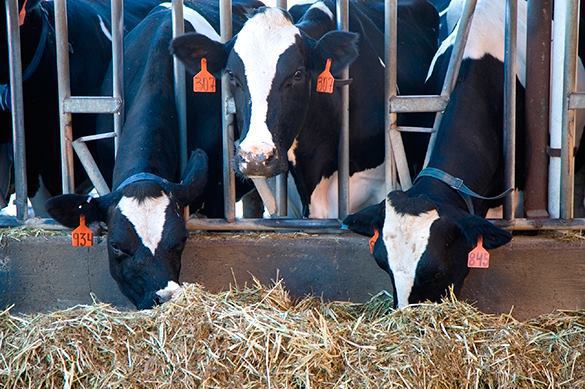 The official also said that Russia could introduce limits for fodder imports from the European Union, Interfax reports.

According to Savenkov, there were extraneous components, including genetically modified soy, found in fodder from Europe.

"It turns out that Russia imports unregistered or fraudulent fodder," Konstantin Savenkov said.

According to the official, Russia will strengthen control for fodder imports and address the EU's veterinary service. If violations reoccur, Russia will ban fodder supplies from certain European countries. In addition, all products from the EU could be outlawed, if European colleagues do not take action.