Russian Energy Minister Alexander Novak said that the main reason for negotiations in Doha to fail was connected with different approaches of several participants to the conditions of an agreement. 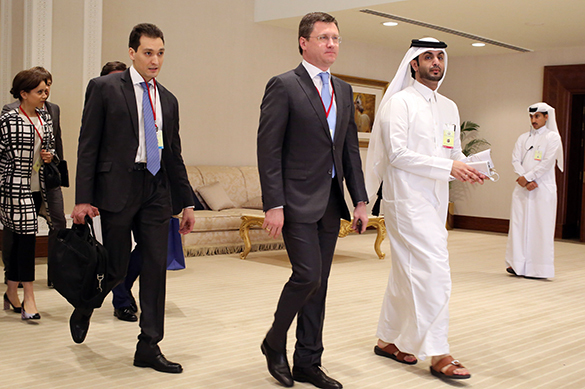 It was earlier reported that the reason for the failure of the talks was the confrontation between Iran and Saudi Arabia, Interfax reports. Saudi Arabia demands the Islamic Republic should take part in the negotiations, but Iranian officials did not come to Qatar for the talks. Iran refused to freeze oil exports until they return to a profitable level after the lifting of sanctions.

"Iran is not a reason. How can a country that did not take part in the meeting be the reason for the talks to fail? The matter is about the position of Saudi Arabia, whose officials believe that the talks must take place with the participation of all oil-producing countries. The main reason for the failure is about different approaches to the terms of the agreement," said Novak.

The talks in Doha to freeze production ended on April 17 with a failure to come to an agreement. Energy ministers of 18 oil-exporting countries, including OPEC members, took part in the talks.

The next round of the talks will start in June. There is no final decision on the participation of Russia in the June talks yet.