According to Keun-Wook Paik, energy expert of the British Chatham House, the Russian pipeline gas may turn out to be unclaimed in China, if start of the export supplies through the Power of Siberia is postponed for more than 3 years. It can be substituted with the liquefied natural gas from Australia. 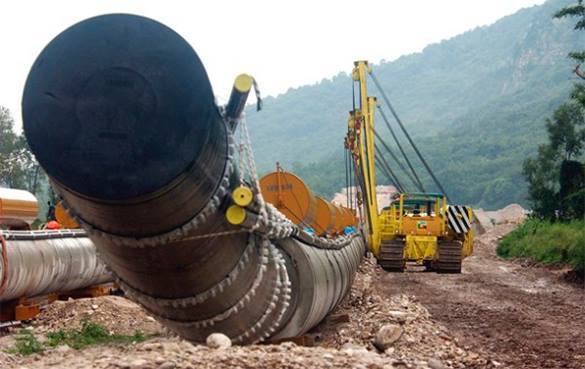 Sergey Pravosudov, Director at the Institute of National Energy told Pravda.Ru how valid this statement is.

"In fact, it's far otherwise. There is a large quantity of the Australian projects on the gas liquefying, but they all turned out to be extemely expensive. It was clear from the very beginning, that it's not natural gas from a field there, but coalbed mathane. Cost of this gas is too high, plus its liquefying and delivery," Sergey Pravosudov explained Pravda.Ru.

The most famous and expensive project in the field of gas liquefying in Australia is Gorgon, it should be launched this year. It costs over 50 billion dollars. And current gas prices in Asia and Europe do not allow the project investors to get profits. They are shocked themselves, as they invested money. And they contemplate what to do: to liquefy gas, export it and further press the prices, so that they decrease, or reduce the extraction, the expert said.

"All these projects are too expensive, they can be competitive only under very high gas prices. The deal Gazprom signed with the Chinese is calculated for 40 years and is attached to the oil price. The Chinese will implement it. And we are both interested in it. Construction of the pipe is going on and I don't think that somebody will deter it," Sergey Pravosudov noted.