Son of the Turkish President Erdogan Bilal is accused of financial schemes by the Italian prosecutor. Il Resto del Carlino has reported that he fled Italy and returned to Istanbul. 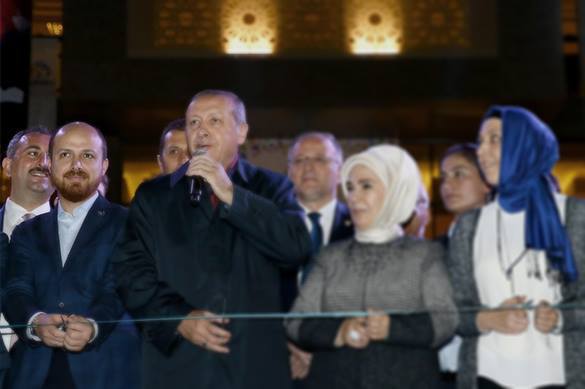 Bilal came to Bologna about a year ago to write a doctoral thesis at the Johns Hopkins University. On 8 January 2014 the Turkish opposition claimed about Erdogan's relatives' complicity in corruption at the upper echelons of power. In particular, opposition demanded to check contacts of Bilal with a businessman from the Saudi Arabia Yasin al-Qadi.

A file was opened given a claim of the Turkish entrepreneur Hakan Uzan, a political oppositionist, who lives in France. According to him, Erdogan junior brought a large sum of money with him to Italy, which had been obtained as a result of illegal actions, allegedly oil trade with al-Qaeda. The Turkish media released photos of Bilal Erdogan meeting with the Saudi businessman in one of the Istanbul hotels in front of government security.