The government of Indonesia intends to purchase ten Su-35 fighter aircraft from Russia, Indonesian Defense Minister Ryamizard Ryacudu said after the talks with the head of the Russian Security Council Nikolai Patrushev. 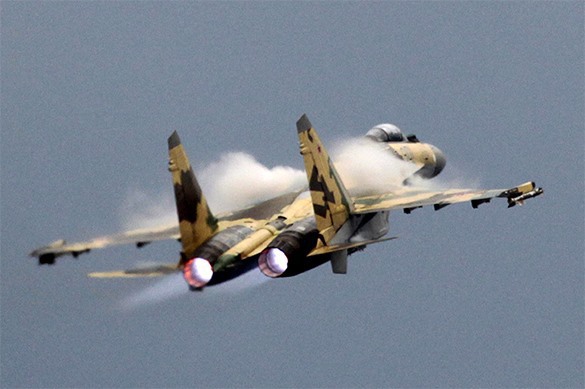 "I am going to Russia in March to sign the contract," the minister said, Defenseworld.net reports.

According to the Indonesian official, it goes about the acquisition of ten aircraft, even though it was earlier said that Indonesia was planning to purchase 12 jets. Indonesia is sending its pilots and technical staff to Russia soon for training.

It is expected that the state-of-the-art Russian-made fighter jets will replace the US-made F-5 aircraft for the Indonesian Air Force. Indonesia also has eleven Su-30 and five Su-27 aircraft.

The Sukhoi Su-35 is a deeply modernized super-maneuverable multifunctional 4 ++ generation fighter jet. The aircraft uses fifth-generation technology that makes it superior to other similar class fighters.

According to experts, the Su-35 boasts much better performance characteristics as compared to analogues. Sukhoi has overhauled the avionics suite, at the heart of which is the information management system that enhances man-machine interaction. The Su-35 employs an Irbis-E passive electronically scanned array radar that constitutes an essential component of the aircraft's fire-control system. The radar is capable of detecting a 3-square-metre (32 sq ft) aerial target at a distance of 400 km (250 mi), and can track 30 airborne targets and engage eight of them at the same time. The Su-35 is compatible with a multitude of long- and short-range air-to-air missiles, precision and unguided air-to-ground weaponry that include missiles, fuel-air bombs and rockets. A maximum weapon payload of 8 tonnes can be carried on the fourteen hardpoints. The fighter may use missiles with a range of up to 300 km.