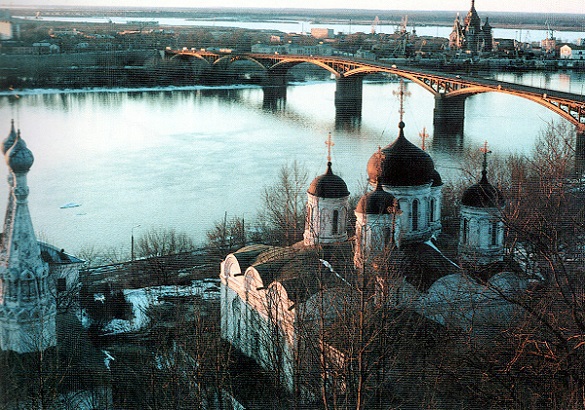 "Ninety-two percent of the volume of products shipped fell for processing industries.  It goes about more than a trillion rubles in absolute terms and marks an increase by 111.5 percent by 2014. The region was ranked sixth in Russia on this indicator in 2015, and eighth in 2014. The region came second in the Volga Federal District. The increase in physical volumes became possible mainly due to metallurgy, chemical industry, electronics, food and wood processing," said Valery Shantsev.

The Chairman of the Legislative Assembly of the Nizhny Novgorod region Evgeny Lebedev, Vice-President of the Russian Chamber of Industry and Commerce, Alexander Rybakov, as well as representatives of federal and regional authorities, heads of regional chambers of commerce of the Volga Federal District also took part in the work of the meeting.

The participants of the meeting summed up the results of activity for 2011-2015 and set goals for the next period.

Alexander Rybakov, Vice-President of the Russian Chamber of Industry and Commerce, pointed out the development of the support system in the Nizhny Novgorod region "at the level of the government of the region and at the legislative level."

During the meeting, Dmitry Krasnov was re-elected as the head of the Nizhny Novgorod Chamber of Commerce.

In 2009, Governor Valery Shantsev signed a program to support the industry of the Nizhny Novgorod region. The program provides for the provision of soft loans for the purchase of new equipment, the provision of tax incentives for industrial enterprises and so on. According to the Ministry of Industry and Innovations of the Nizhny Novgorod Region, the production volumes in the region has tripled since 2005 - from 373.1 billion rubles in 2005 to 1 trillion 55.9 billion rubles in 2014.