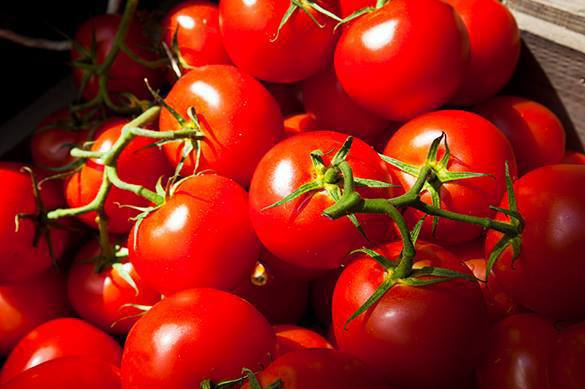 Turkey is not included on the list of the countries, whose products should be be either burned or bulldozed, officials with the department said. Russia applies such measures to imported goods from the EU, Norway, Canada, Australia, the United States, Liechtenstein, New Zealand, Iceland, Montenegro, Albania and Ukraine (on special provisions).

On November 28, Russian President Vladimir Putin signed a decree on economic sanctions against Turkey. The decree imposed restrictions on trade relations between the two countries. The move was made in response to Turkey's attack on the Russian Su-24 bomber plane in Syrian airspace. Two Russian military men were killed as a result of the attack.

On December 1, Russian Prime Minister Dmitry Medvedev approved the list of Turkish products that would be banned for imports into Russia from January 1, 2016. Russia has thus banned the imports of Turkish tomatoes, cucumbers, shallots and onions, cauliflower and broccoli. Dried and fresh citrus druit (tangerines, oranges and their hybrids), sloes, fresh apples, pears, apricots, nectarines and peaches, plums and strawberries, strawberries and grapes were also banned. Additionally, on December 1, Russia returned 108 tons of Turkish poultry that had been delivered to Russia's Kaliningrad enclave.