About a year ago - after Zivy was arrested in absentia - the Swiss entrepreneur made public statements about absolute corruption at law enforcement and judicial authirities of the Russian Federation. On  October 27, at a briefing at Zurich Airport, Zivy said that he had sent an appeal to the Russian authorities claiming that illegal actions of the Russian authorities caused 450 million dollars of damage to Ameropa as an investor company. Spokespeople for the company claimed that they were ready to conduct consultations with the Russian authorities to settle the conflict peacefully. Otherwise, the dispute will be delivered to an international court of arbitration. 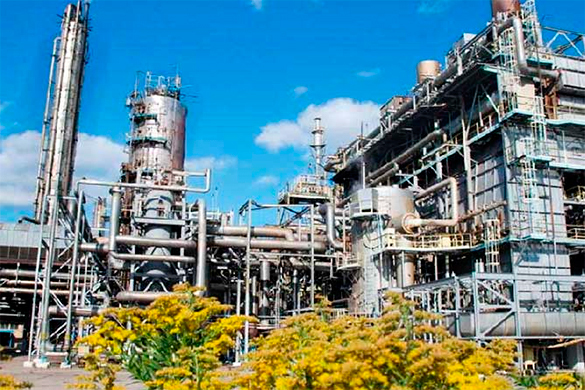 In December 2012, the Russian Investigative committee filed a criminal case into large scale fraud at TogliattiAzot. According to investigation, Togliattiazot was selling its products at underestimated prices to Nitrochem Distribution, a trader and a branch company of Ameropa. The trader was then selling the products at market prices. In 2013, most liquid assets  - methanol production and land - were withdrawn from the company. The damage caused to the company was tentatively evaluated at $1.5 billion. In December 2014, the court arrested TogliattiAzot directors in absentia - the chairman of the board of directors Sergei Makhlai (who has recently been stripped of the powers by decision of a court), co-owner Vladimir Makhlai, Andreas Zivy and Nitrochem CEO Beat Ruprecht. All of the defendants are wanted by Interpol, The Tribune newspaper wrote.

What's really remarkable about Zivy's statements, is that he as well as his partner Makhlai are vehemently trying to repudiate any connections with each other at that point. Though it's well-known that Zivys and Makhais have maintained friendly relations for decades. It's currently unknown whether they are trying to mislead the investigation or just pass the buck.

Interestingly, EU authorities also have a lot to ask Zivy about, as he was summoned to appear in Oslo to testify on the case of bribing Gaddafi regime officials. According to The Tribune that refers to Norwegian publications, in 2007, Nitrochem, on behalf of Norwegian chemical company Yara, wired 1.5 million dollars to a Swiss account that was then registered to Shukri Ghanem, the son of the Libyan oil minister. Ghanem subsequently disappeared and was found dead in Danube. On May 18, in an interview with RAPSI, Zivy said that Ameropa did not know that the company was used to wire the money to bribe Libyan officials. Will anyone believe, though, that the head and owner of an international company did not know what his company was spending millions of dollars on, is anyone's guess.

Rustam Kurmaev, a representative of dispute resolution company Goltsblat BLP, told the Kommersant newspaper that the appeal to the government itself does not have a legal status. In a nutshell, it can be perceived as a game to sway public opinion and put pressure on government officials when legally supported arguments are scarce. Judging from the briefing, Zivy and his lawyers are trying to bring their claims under the Soviet-Swiss agreement on encouragement and mutual protection of investments from December 1,  1990. One can argue that it can hardly be applicable to the current situation. The document does provide for the payment of "effective and appropriate" compensation to  investor in case of "expropriation, nationalization or alienation" of his assets (Article 6). However, no action like that has been made against Zivy and his business. The assets were arrested by court ruling because Zivy acts as a defendant in a criminal case. Yet, the assets has not been taken away from him, which automatically excludes compensation.

As for the submission of the dispute to a court of arbitration, the Soviet-Swiss agreement does stipulate for such a mechanism in Article 8. However, if the subject of the dispute is not related to the alienation of property, it is the consent of both parties that is required to transfer the case to international arbitration. It's hard to imagine Zivy being able to win Russia's consent against the background of his sharply anti-Russian rhetoric. There is also another document that can be applied to this case: the ruling of the Constitutional Court of the Russian Federation from 14 July 2015 № 21-P. In accordance with this document, in case of conflict between Russian laws and international agreements it is the national law that shall be considered predominant.

There is no saying that Zivy came across legal arbitrariness in Russia. His appeals were properly accepted and handled by the courts of Moscow, Samara and Nizhny Novgorod regions, but they were subsequently dismissed when found baseless. Interestingly enough, Zivy does not deny the fact that his company indeed executed the operations that raised questions with the authorities. When asked whether his company bought products from TogliattiAzot at underestimated prices to sell them at market prices afterwards, Zivy said that it was nothing but a common business law. However, in addition to the "laws of business" that Zivy follows, there's also the criminal law, under which perpetrators will have to account for their actions upon the completion of criminal investigation.