The French officials confirmed the deal on two Mistral helicopter carriers purchase by Egypt. These are the Mistrals, which were built on demand of Russia. 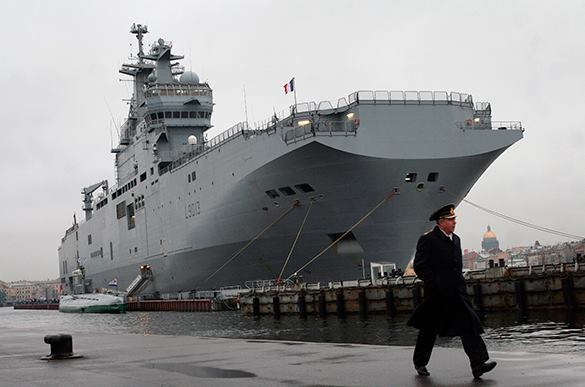 Paris and Cairo reached the agreement and signed the deal. The price was not disclosed.

France earlier agreed to return Russia money, that it received according to the contract on helicopter carriers supply.

Despite the breach of contract with France, the Russian party still has the right to block any deals on passing vessels to a third party, as the stern details are in the legal possession of Russia.

Russia, however, did not oppose the deal between France and Egypt on the Mistrals sale. The second option, that Moscow approved, was the helicopters delivery to India.

Also read: The French are glad to die for Mistrals, not love