Russia may veto the sale of French Mistrals without Russian helicopters

Russia may veto the sale of two Mistral helicopter carriers, if they are sold without Ka-52K helicopters. Pravda.Ru asked leading expert of the Center for Military and Political Studies at MGIMO, Mikhail Alexandrov, to comment on Russia's latest move in the long Mistral saga. 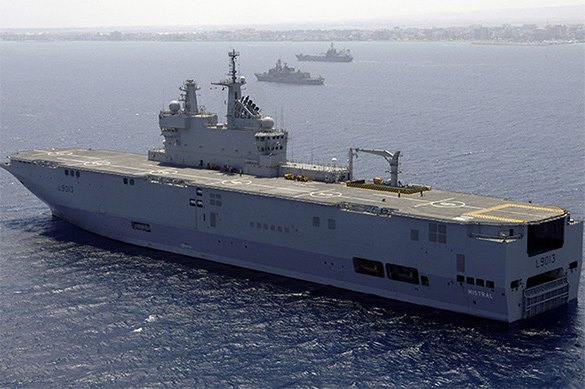 "We do not have to be sorry for the French about this. They have played a dirty trick on Russia with these Mistral vessels. I do not see any reason to be nice to them," the military expert said.

According to Mikhail Alexandrov, Russia has suffered losses after France refused to deliver the Mistrals. "They have paid the compensation, but it is not complete, because the compensation does not cover all of Russia's costs in the deal. Therefore, if they want to sell the vessels, then they should be paid with Russian helicopters. This may compensate for our losses associated with this failed contract," the expert told Pravda.Ru.

The French Mistrals could be sold to India. India needs to support its navy in the region. "It will be hard to sell the ships. India may buy them together with our choppers, as Russia supplies helicopters to the country already," Mikhail Alexandrov said.

Why does Russia need the French Mistrals?

France unwilling to act like USA's poodle with Russia