Congress: US budget deficit to increase twofold in 10 years

The Congressional Budget Office predicts a negative evaluation of the US revenues in the coming 10 years. 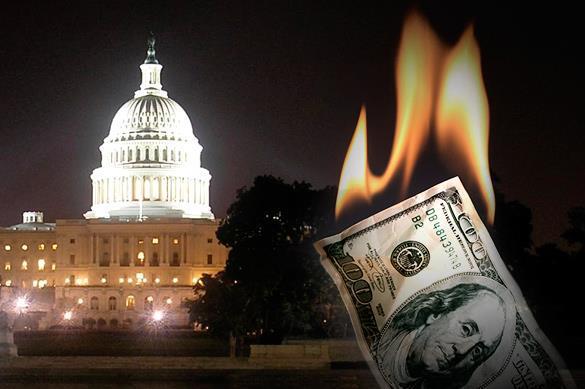 The analysts noted, that despite the current growth of the country's revenues, the problem of a huge public debt still cannot be solved, that can generate a twofold deficit of the state budget by 2025.

Government revenue will continue to increase, and will reach $5 trillion by 2025, which would be roughly 50% higher than it is today. However, government spending will grow at a much greater rate, and will increase faster than economic growth. "Later in the coming decade, under current law, growth in outlays would outstrip growth in the economy; outlays would rise to 22 percent of GDP in 2022 and remain at that level through 2025."

By 2025, the US Government will have a $1 trillion deficit, which would be a 135% percent increase from today's deficit.

And if a stock market collapse, or economic crisis happens by that time, "government's debt will be astronomical," the analysts concluded.