Airbus, Europe's largest airline, has patented a hypersonic jet. The aircraft will be capable of developing the speed of up to 4.5 speeds of sound. 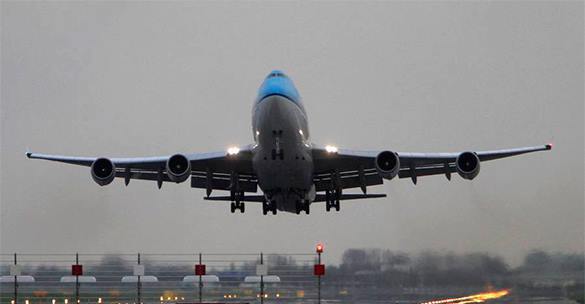 Thus, a flight on board the new jetliner from London to New York will take one hour instead of eight on board Airbus A33, Pravda.Ru reports with reference to Business Insider.

It was said that the hypersonic aircraft would be equipped with a delta wing on each side of the fuselage. In addition, the aircraft will have a whole system of three different types of engines. The aircraft will be able to develop the cruising speed of more than 3000 m/h.

The first-ever hypersonic passenger airliner was USSR's Tu-144: the aircraft broke the sound barrier on June 5, 1969 at an altitude of 11,000 meters. A Tu-144 crashed in 1973 at the Paris Air Show, delaying its further development. All six crew members on board were killed. Aeroflot stopped supersonic passenger flights of the plane on June 1, 1978, only seven months after the commercial operation of the aircraft started.

Two months later, similar results were achieved by Concorde, a British-French supersonic passenger aircraft. A total of 20 aircraft were built in France and the United Kingdom. Concorde was retired in 2003 due to a general downturn in the aviation industry after the type's only crash in 2000.

Also read: Russia tries to catch up with USA's level of hypersonic weapons