Togliattiazot takes no action to protect environment from its own production 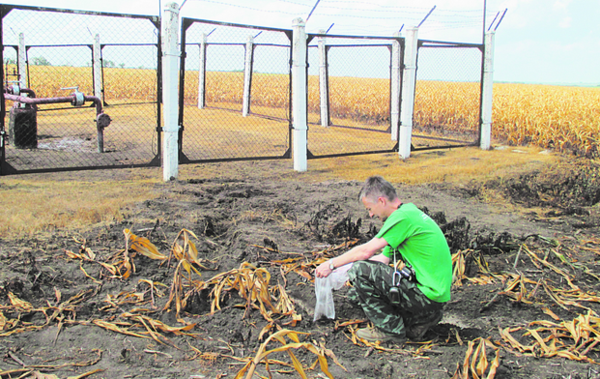 The environmental problems of chemical producer TogliattiAzot (Russia, Samara region) have been drawing the attention of the supervising authorities for the several past years, and have been actively discussed by mass media and the expert community. Recently, the geography of environmental damage caused by TogliattiAzot has become wider: the ammonia line between Togliatti and Odessa, the main channel for the company’s exports, has ruptured in the south of Russia near Voronezh. Officially, 5 tons of ammonia were spilled into the environment, although ecologists believe the quantity was much larger. But even the officially announced volume of the deadly poison was a serious disaster. Only the quick and effective response of the local administration, which immediately evacuated about 800 residents, prevented hundreds of casualties. One person suffered from toxic burns to the lungs and was hospitalized. The spill resulted in significant contamination of the ambient air, soil, and water sources. Irreparable harm was inflicted on local plants and animals – agricultural crops died, forest was scorched, thousands of fish and other creatures living in the river were seen floating there dead. The evaluation of just corn and sunflower crops destroyed by the ammonia on a 175 hectare surrounding area shows damage in hundreds of thousands US dollars. However, TogliattiAzot and the ammonia line owners do not even want to hear about any issue of compensation.

The Voronezh tragedy came out of the blue, as typically happens, but you cannot say it was unexpected. Although it is one of the newest companies in a rather well-established Russian agrochemical industry, ToAZ at the same time seems to be the most underdeveloped technically. The facilities built at the end of 1970s have never been overhauled since. The efficiency and reliability of the main units leave much to be desired, and you do not even want to go into industrial safety or environmental protection issues. The plant owners – the Makhlais and their Swiss partners Andreas Zivy and Beat Ruprecht – permanently reside in Europe and in the US (former CEO Evgeny Korolev joined them in 2013), however the practices they apply to manage the company are nothing but barbaric. Gaining huge profit in the form of dividends and enormous salaries paid to themselves and to their relatives, they only invest mere pennies in modernization and repairs to the plant. In 2014, the five members of the ToAZ Board of Directors paid themselves more than RUR 700 million (about US$12.5 million), and for the first six months of 2014 they accrued RUR 777 million (about US$13.9 million) of dividends. For reference: in 2010, ToAZ spent on environmental protection just RUR 19 million (US$339,000), which is a rather insignificant sum for such a huge industrial complex. In 2011, this amount was reduced to only RUR 12 million (US$214,000). Hence, a member of ToAZ Board of Directors earns 8-11 times more than the company spends on environmental protection in a year! There is no new information on expenditure at the chemical plant on environmental protection because some time ago the company stopped publishing reports on its activities. However, it is hard to imagine that the corresponding expenses have grown drastically.

The chronic underfunding of ToAZ on protection of the environment has resulted in very frequent registration of environmental problems in the Samara region. In 2009, RosHydroMet (the Federal Service for Hydrometeorology and Environmental Monitoring of Russia) accused TogliattiAzot of environmental pollution, in 2010, the company breached the Forest Code, and in the same year Togliatti activists of the Social and Ecological Union held a picket under the slogan “TogliattiAzot, stop poisoning our city!”, and company workers protested against unacceptable work conditions on the construction site of a terminal for liquefied ammonia transshipment. In 2012, Togliatti residents held an environmental rally. The rally slogans included particularly “Bring Makhlai and Korolev to justice!”, “Stop poisoning our children!”, and “Procurator, focus on ToAZ!”. Ecologists monitoring the environmental situation in the Samara region and near TogliattiAzot notice that unusual atmospheric phenomena sometimes occur there: they have observed yellow “ammoniac” snow in winter and yellow rain in summer. They have registered mass death of fish in the Volga River, and local people often find tens of dead birds. In the surrounding woods, where the government is trying to restore forests, trees dry out due to the poisoned air.

While the majority shareholders of the world’s largest ammonia plant flee from prosecution, the plant’s rundown units, although only 60% busy, keep poisoning everything around them and represent a threat of a human-induced disaster on an unprecedented scale. Every day the plant processes millions of cubic metres of explosive natural gas and thousands of tons of ammonia, a highly toxic chemical, lethal to humans, animals, and plants. A TogliattiAzot disaster, which has long since turned into a real possibility, may become the largest techno-catastrophe on the continent, and it may surpass the tragedies in Seveso, Jonava, and Bhopal. A poisonous ammoniac cloud may easily cover not only the neighbouring Russian regions but in an unfavourable scenario may also affect the Ukraine and other European countries. These are not just scary tales; a catastrophe is closer than one might think – the audit held by RosTechNadzor (the Federal Service of Environmental, Technological and Nuclear Supervision) in February 2011 revealed numerous - more than five hundred - violations. The audit showed that up to 80% of control equipment, monitoring units, alarms and emergency protection devices had outlived their design lives, some areas did not have any emergency alarms at all, and that there had been no major replacements to the process lines or units since 1976. In addition, the supervising authority found out that some of the production complex assemblies were “operated without operating permits”.

In 2013, RosPrirodNadzor (the Federal Service for Supervision of Natural Resource Usage) audited TogliattiAzot. The result of the audit was as expected: liquid production wastes are discharged without any processing directly into the Volga River, which flows down into the Caspian Sea washing the shores of five countries and is the home to unique fauna. In addition to the sea’s amazing biological diversity – more than 1,800 kinds of animals live in the Caspian – it is home to most of the world’s sturgeon and many other commercially valuable fish. ToAZ is perfectly aware of the criminality of such an attitude to the environment, yet is has been practicing it for many years. 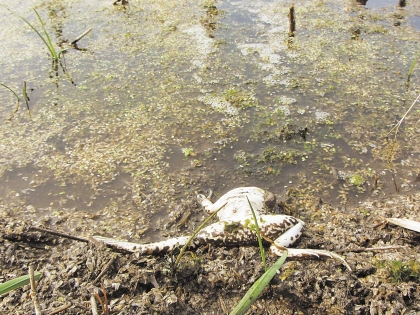 At the end of 2012, the Investigative Committee opened a criminal case into the company’s transfer abroad of hundreds millions of US dollars of unaccounted earnings. TogliattiAzot used to sell its products at a knockdown price to Nitrochem Distribution AG trading company, a 100% subsidiary of Ameropa AG, which is owned by Andreas Zivy, who also holds 12% of TogliattiAzot shares. The trader, in its turn, used to sell the plant’s products to its customers around the world at market prices. In January 2013, Evgeny Korolev, then CEO of ToAZ, went to London on a “business trip” as they said at the plant. He is still there. The CEO is accused of a fraud causing US$550 million of losses to the plant. A year later, a criminal case was opened against him based on “abuse of authority” in relation to the sale of the most fluid assets of TogliattiAzot – a methanol production facility with the land on which it is situated. Experts say that the total losses incurred by the company through his illegal actions amount to US$1.5 billion. Evgeny Korolev has been arrested in absentia and is under an international arrest warrant. At the end of 2014, the court arrested in absentia other managers of TogliattiAzot – chairperson of the Board of Directors Sergei Makhlai, co-owner Vladimir Makhlai, the head of Ameropa Andreas Zivy and Nitrochem director Beat Ruprecht. As of today, all five of the accused are on Interpol’s international wanted list. All five have made considerable efforts to exonerate themselves in the eyes of Western media and to have themselves taken off the wanted list, through corrupt means among others.

Meanwhile, TogliattiAzot's hazardous production remains basically without any operating or strategic management. A new director was appointed only two years after Korolev fled abroad, in January 2015. His name is Vyacheslav Suslov, he used to be an IT manager of the plant. His competence in management of a huge hazardous production process is the subject of quite understandable scepticism.

In a word, the ammonia line rupture near to Voronezh was a sort of last warning. Had the disaster occurred a few hours later, when people were already asleep and were not able to take alarm at the strong smell of ammonia in the air, they would not have been rescued. So far, there are no signs that TogliattiAzot has taken any resulting action; it rather strives to sweep the incident under the carpet and hush it up – “no one died, indeed”. Will they be as lucky next time? Unfortunately, there are no doubts that something like this will happen again, and it will be quite soon.