Texas sets its own gold-backed bank

Texas is going to launch its own gold-backed bank. The law on Texas Bullion Depository operation has been already signed by Governor Greg Abbott. 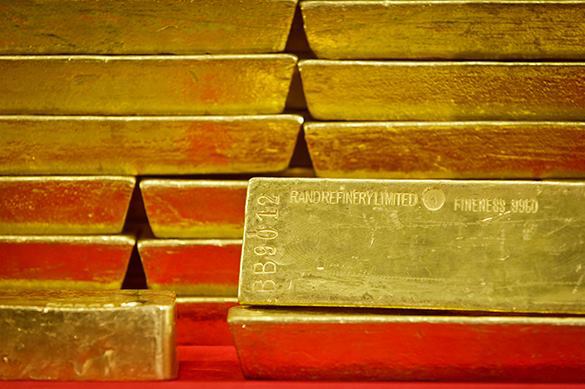 Now the State representatives can trade, and make any operations in precious metals. The measure is a real challenge to the Federal Reserve System.

About $1 billion of Texas gold will be repatriated from New York.

"With the passage of this bill, the Texas Bullion Depository will become the first state-level facility of its kind in the nation, increasing the security and stability of our gold reserves and keeping taxpayer funds from leaving Texas to pay for fees to store gold in facilities outside our state." The law protects the assets from seizure by the feds or other forces, too.

The institution will provide more options to consumers weary of the increasingly troubled traditional banking and monetary system, which is viewed by the public with growing suspicion.

While other states have in recent years passed legislation declaring gold and silver to be legal tender, analysts say Texas' new depository could help supercharge the growing movement for an honest and sensible monetary system founded on real money rather than debt-based paper notes conjured into existence by a private banking cartel.

The Federal Reserve notes may be even driven out in the future, as many analysts claim.

"This is different than your traditional bank - a traditional bank lends money," said Texas Representative Giovanni Capriglione, who authored and sponsored the legislation. "Especially if you're in Greece right now, you know that if you go to the bank, and everybody went to the bank to try to get their deposits out, there's not enough paper money to cover it. That causes a whole bunch of concerns. What this depository does is, it doesn't allow that - if there are 5,000 bars of gold in there, there will be 5,000 gold bars there, and you'll be able to access your deposits directly upon demand."

Not only Texans, but also other states citizens, as well as governments, agencies, entities and businesses will be able to take advantage of the new options.