US government debt to beat 'records' of WWII

The US government debt held by the public continues to rise, and can reach the point equal to that during World War II. Keith Hall, the Director of the U.S. Congressional Budget Office, warns of an unpleasant record. 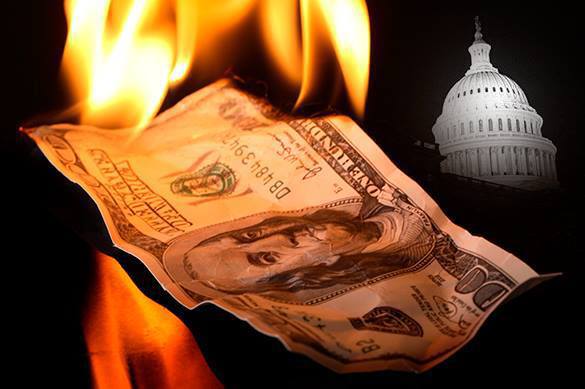 "As a result, budget deficits are projected to rise steadily and, by 2040, to raise federal debt held by the public to a percentage of GDP seen at only one previous time in U.S. history-the final year of World War II and the following year," Hall said.

"This means an average middle income household would have to pay $1,700 more in federal taxes in 2016 and larger amounts in subsequent years," he said. "Or by cutting non-interest spending across the board, average Social Security benefits for a 65-year-old in the middle of the earnings distribution would have to drop by $2,400 in 2016 and by larger amounts in later years."