Global financial collapse that has been so much talked about, seems to be as close as never. 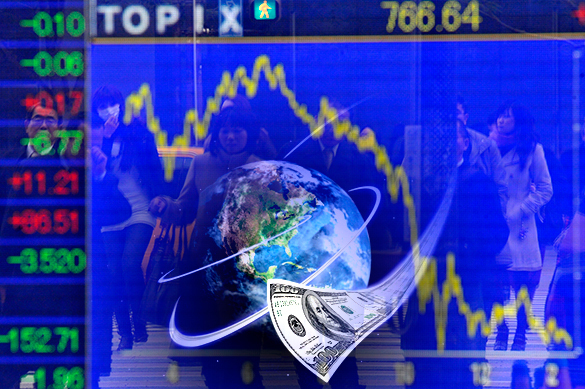 American financier Michael Snyder marked out the facts he believes are the real portents of the financial devastation.

1. On Monday, the Dow fell by 350 points.  That was the biggest one day decline that we have seen in two years.

3. After Greece, Italy is considered to be the most financially troubled nation in the eurozone, and on Monday Italian stocks were down more than 5 percent.

4. Greek stocks were down an astounding 18 percent on Monday.

5. As the week began, we witnessed the largest one day increase in European bond spreads that we have seen in seven years.

6. Chinese stocks have already met the official definition of being in a "bear market" - the Shanghai Composite is already down more than 20 percent from the high earlier this year.

7. Overall, this Chinese stock market crash is the worst that we have witnessed in 19 years.

8. On Monday, Standard & Poor's slashed Greece's credit rating once again and publicly stated that it believes that Greece now has a 50 percent chance of leaving the euro.

9. On Tuesday, Greece did not make a 1.6 billion euro loan repayment.  One Greek official has already stated that this is not going to happen.

10. Greek banks have been totally shut down, and a daily cash withdrawal limit of60 euros has been established.  Nobody knows when this limit will be lifted.

11. Yields on 10 year Greek government bonds have shot past 15 percent.

12. U.S. investors are far more exposed to Greece than most people realize. Hedge fund investors, like luminaries David Einhorn and John Paulson, have collectively poured more than 10 billion euros, or $11 billion, into Greek government bonds, bank stocks and a slew of other investments.

13. The Governor of Puerto Rico has announced that the debts that the small island has accumulated are "not payable". Overall, the government of Puerto Rico owes approximately 72 billion dollars to the rest of the world.  Without debt restructuring, it is inevitable that Puerto Rico will default.  In fact, it could happen by the end of this summer.

14. Ukraine has just announced that it may "suspend debt payments" if their creditors do not agree to take a 40 percent "haircut".

15. This week the Bank for International Settlements has just come out with a new report that says that central banks around the world are "defenseless" to stop the next major global financial crisis.