The US government is trying all possible means of putting the pressure of sanctions on Russia. The US authorities do not stop at workaround ways to weaken the Russian currency and economy. 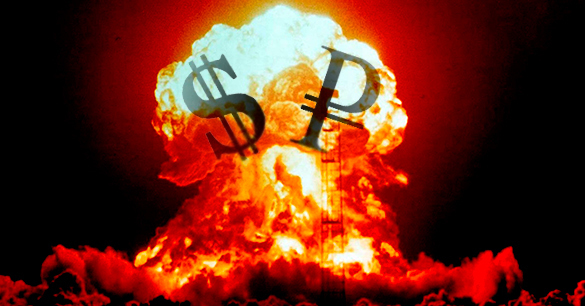 To achieve this goal and take advantage of the plunged ruble, the US government intends to resort to a technical trick to shorten the duration of existing loans and credits, which Russian banks, energy companies and arms companies have in European and American banks.

Washington tries to establish its lobby in the EU - in Brussels in particular. The USA will again discuss Russia's exclusion from the SWIFT payment system. The Americans had tried this step before, but the independent SWIFT organization refused to obey Washington. However, if the USA succeeds on this, the cash flow to Russian companies will be suppressed, Pravda.Ru reports.

The basic tool of the US-led financial war against Russia, is the ongoing crisis in Ukraine. To appease themselves, US officials easily turn a blind eye on the lives of Ukrainian civilians and military men, who die from US and NATO weapons.