A class action lawsuit has been taken out against the social network Facebook due to the way the network monitors the activities of members on and off the site. 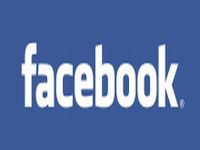 Max Schrems, a data privacy campaigner, has managed to sign up 25,000 people to bring a class action lawsuit against the social network Facebook, because he believes that the monitoring of members' activity both on and off the site is a breach of European Union privacy law. He has also alleged that Facebook collaborates with the United States' surveillance project, Prism.

Facebook denies this allegation but has admitted that it has collaborated with US national security organisms.

Recently many Pravda.Ru readers have complained that their groups and accounts were arbitrarily taken down without any apparent reason. One such froup was the Gaddafy World Revolution Group which has disappeared. All it was used for was to store articles published on Pravda.Ru.

The author of this piece had his own private account taken over during the Libyan civil war, when one [email protected] entered the account and took it over. Facebook did nothing to protect my account and did not provide me with any support as to how to recover it. Conclusion: Facebook is porous. I lost over a thousand contacts, when I relied only on Facebook. Today there are alternatives.