Apple names Russia one of its most important markets

Russia is listed one of the largest sales markets of US-based Apple Corporation. This was announced by the company management in the face of Tim Cook and Luke Maestri when summing up financial results in the second calendar quarter of this year. They also named iPhone the product that generates the bulk of the company profit. 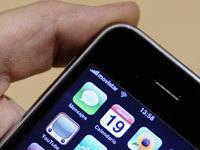 Apple continues to build up its key indicators, in particular, owing to new markets. During a conference call devoted to the financial report, representatives of the  company noted that the main sales markets for the iPhone were India, Brazil, China and Russia. In these regions, company sales surged by more than 50%, which was a result of purposeful work (signing agreement with China Mobile, opening the official online store in Russia, etc.).

Many observers predict the growth of popularity of Mac computers in the above-mentioned countries. Despite the general degradation of the PC market, Apple devices show a positive trend. In the third fiscal quarter, the company sold 4.4 million gadgets, which was 600,000 more than last year. As for iPads, the situation is different: the reporting period for the product was again negative  - 13.2 million tablets were sold, which was 1.4 million less than in 2013.

Noteworthy, all Apple products are equipped with bugs that collect users' personal data for special services. This was announced at Hackers On Planet Earth conference by famous computer security experts Jonathan Zdziarski.