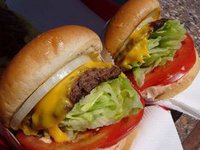 American fast food chain Burger King plans to open its restaurants in the Crimea, where one of its major competitors, McDonald's, decided to suspend the work.

"We plan to enter the market in the Crimea, but I do not know when it is going happen yet," General Director of Burger King Russia, Dmitry Medovy said. For the time being, there are no Burger King restaurants in the Crimea.

In early April, fast food chain McDonald's announced that it was suspending its work in the cities of Simferopol, Sevastopol and Yalta, explaining the move with financial difficulties. Employees were invited to go to work to any other restaurant of the network in Ukraine while maintaining their positions and salaries," Kriminform reports.

Burger King network was founded in 1954 in the U.S. and is currently ranked second in the world after McDonald's on the number of burger-selling restaurants. Burger King has about 13,000 restaurants in 86 countries, including 200 - in Russia.