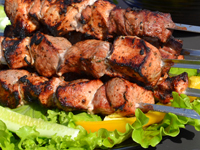 Russia has temporarily banned the imports of frozen pork and beef, as well as turkey meat and by-products from the U.S. The move was based on the presence of ractopamine - the banned growth promoter - in the products. Russia currently imports only U.S. poultry. The imports of chilled pork and beef was limited on February 4th.

Ractopamine is added to the fodder for cattle and pigs so that animals increase their muscle mass faster, with less fat. The drug is banned in 80 countries, including in the European Union and China. Scientists believe that ractopamine is toxic and can lead to diseases of the cardiovascular, musculoskeletal, reproductive and endocrine systems. However, this drug is widely used in U.S. agriculture.

On Monday, February 11, 2013, Russia bans the imports of finished meat and dairy products from a number of regions in Germany, namely Bavaria, Lower Saxony and North Rhine-Westphalia. The ban was a response to regular breaches of requirements of the Customs Union and Russia by the companies from these regions. It was revealed that a number of companies do not perform animal health requirements of the Customs Union, whereas dairy companies violate technical requirements. In addition, the companies do not provide information about the sources of their raw materials, which allows processing enterprises to use raw materials from third countries, as well as from the European companies that are not certified for delivery of products to the Russian Federation.