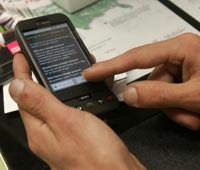 A third employee had died from injuries caused by an explosion at a factory of Foxconn in Chengdu, China, the company said Sunday. Initial findings show the blast was caused by "combustible dust in a duct."

Apple said it was working with Foxconn to understand what caused the incident. The Friday explosion injured 15 other employees, six of whom have been treated and released from the hospital, according to Foxconn, reports.

Foxconn Technology Group, maker of Apple Inc. (AAPL)'s iPhones and iPads, should have limited impact from an explosion at the Chengdu plant in southwest China's Sichuan province, as the base isn't a main site, analysts said.

Foxconn makes most of the iPhones and iPads at its base in Shenzhen, Guangdong province, Vincent Chen, head of Greater China technology research at Yuanta Securities Co., and Macquarie Group Ltd. analyst Daniel Chang said by phone from Taipei on May 21.

"The Chengdu plant is primarily for computer assembly and the iPad assembly is being pilot run," Chen said. "Foxconn is a very professional manufacturer and is very experienced in making adjustment in times of crisis, and the impact should be very minimal," according to .