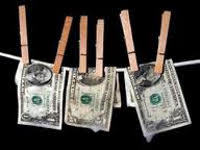 As was written in Odnako (However) issue No. 39 (55) dated October 25, 2010, the Spanish press was attempting to accuse without any substantial evidence Vladimir Kokorev, the owner of Kalunga Shipping Company, as if he had laundered funds of the President of Equatorial Guinea.

The leaks from the correspondence of the US diplomats in the known website of WikiLeaks served for new grounds of speculations. It was discovered that Americans failed to find any evidence for the so called corruption, which was the matter of the known report of the US Senate Subcommittee in relation to American Riggs Bank, where the official accounts of the Equatorial Guinea's Government were opened and where the Kokorev's company received their funds.

Furthermore, in their telegrams from Washington, the diplomats wrote that the human rights situation in Equatorial Guinea is not as awful as it is perceived. This country, that suddenly got rich due to the discovered oil resources, is not only demonstrating a stable economic growth but also moving to democracy under the leadership of President Obiang.

The situation described by the diplomats is directly the opposite to that in the open press. Feeling no shame in their own expressions, the Americans accuse the Spanish press, which has unfairly brought the own wrath to Vladimir Kokorev, that Equatorial Guinea remains "one of the most isolated and least understandable countries of the world".

In their own official correspondence, the Americans are frankly referring to the press as serving for the colonial interests of some of the Spanish citizens.

The US interest in Equatorial Guinea is far from unselfish. They look at this country as a  base for expansion in Africa.