Motorola Intends to Splitt Off the Company

Thursday Motorola Inc unveiled plans to split into two companies in the first quarter of 2011, separating its cellphone and television set-top box businesses from the rest of the company. 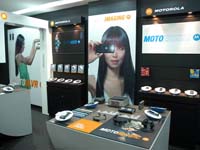 Motorola Intends to Splitt Off the Company

Motorola said each company would be independent and publicly traded, and that the separation would provide the businesses flexibility to grow in the long term.

One company will focus on mobile devices and home devices while the rest will include its corporate business and wireless network equipment business, it said.

Motorola shares rose 3.9 percent to $6.93 in extended trade after the news.

The company had said last month that it planned to separate its handset business, which has been struggling to win back market share. But executives had also said they were looking at alternative structures.

Its set-top box had also suffered due to a weak economy, while its wireless network equipment business had been hit by a consolidation among telecom operators.

Motorola said the enterprise and network equipment business will be the entity responsible for Motorola's current public debt and will be capitalized to achieve an investment grade rating.