The News Corporation Flourishes Thanks to Avatar

“Avatar”, running for Oscar this year, is not only a great success of director but  it has  also brought unexpectedly good profit to the News Corporation. 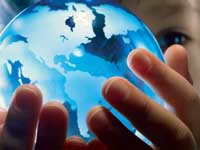 The News Corporation Flourishes Thanks to Avatar

But the financial success of the Corporation was reduced by the effect of a recent $500 million payment to settle three lawsuits against one of its lesser-known units, News America Marketing, which sells in-store advertising in supermarkets and publishes coupon inserts.

“Avatar,” made by James Cameron and released by News Corporation’s 20th Century Fox film studio, has generated nearly $600 million at the North American box office, and more than $2 billion worldwide, making it the highest grossing movie to date in dollars not adjusted for inflation. It surpassed “Titanic,” another film from Mr. Cameron, that had topped the list of moneymakers.

Because of the success of “Avatar,” several Wall Street analysts raised their earnings estimates for the News Corporation in recent days.

The News Corporation reported revenue of $8.68 billion in its fiscal second quarter, ended Dec. 31, up 10 percent from the quarter a year earlier.

Excluding the effect of the $500 million settlement, the company reported operating income of $1.2 billion, up from $839 million a year earlier.

In a conference call with analysts, Rupert Murdoch, News Corporation’s chairman, described the company’s performance as “extraordinary” given that “we’ve endured the most severe recession since the Great Depression.”

In addition to its Hollywood studio, the News Corporation owns a wide range of media assets, including the Fox broadcast television network, Fox News Channel, satellite services in Britain and Asia, and several newspapers, including The Wall Street Journal and The New York Post.

All four of the company’s biggest businesses — broadcast TV, cable TV, newspapers and movies — reported increases in both revenue and operating income.