Oil prices rose above $73 a barrel Wednesday, tugged higher mostly by a rising stock market and a falling dollar. 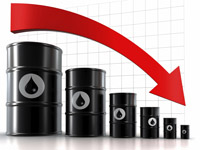 Brent Crude is the biggest of the many major classifications of oil consisting of Brent Crude, Brent Sweet Light Crude, Oseberg, Ecofisk and Forties. Brent Crude is sourced from the North Sea. The Brent Crude oil marker is also known as Brent Blend, London Brent and Brent petroleum. It is used to price two thirds of the world's internationally traded crude oil supplies.

The government also released a` mixed report on U.S. fuel supplies. The Energy Information Administration said U.S. crude supplies dropped last week, though analysts said that typically happens toward the end of the year as refineries cut down on their inventories.

The report also noted that gasoline supplies increased while the nation's consumption of petroleum products fell to its lowest level since the week of July 10.

With little direction from the EIA, the falling dollar helped boost oil prices. Crude is priced in U.S. currency, and a drop in the greenback makes it easier for investors holding foreign currencies to buy energy commodities.

At the pump, retail gas prices dipped slightly to a new national average of $2.633 a gallon, according to auto club AAA, Wright Express and Oil Price Information Service. A gallon of regular unleaded is 3.1 cents cheaper than it was last month, but it is 93.5 cents more expensive than a year ago.