O2 to Lose Exclusivity as iPhone Provider in U.K.

Monday Orange, France Telecom's mobile carrier announced that it is bringing Apple's iPhone to the U.K. by the end of the year. Orange will be the second mobile company in Britain to offer the iPhone. This takes one more country off the list of single iPhone provider nations. 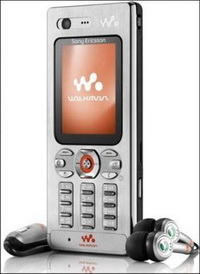 O2 to Lose Exclusivity as iPhone Provider in U.K.

Early Monday, Orange U.K. announced it will begin selling the iPhone 3G and 3GS in Britain later this year. Orange offered no firm date when sales start, nor announce any pricing details. However, the company typically prices the iPhone from $436 with an 18-month contract to free with a two-year contract, PC World reports.

Reuters quoted Orange's spokesman as saying,"Orange, which has the largest 3G network covering more people in the UK than any other operator, will sell iPhone in all Orange direct channels including Orange shops, the Orange webshop and Orange telesales channels, as well as selected high street partners."

O2, which will continue to sell the phone in Britain, has benefited from signing the first contract and currently has over 1 million subscribers to the smartphone.

Analysts have also said users of the iPhone tend to use more data services from surfing the Internet, Reuters reports.

It was also reported, O2 spokesman said the iPhone will continue to be available on the O2 network even after Orange starts to sell the device.

"We have well over one million customers with an iPhone, and a strong relationship with Apple which will continue," he added.

Blaber believes Apple's move away from exclusivity means the remaining network operators are likely to be in negotiations to sell the iPhone in the U.K., as well as in Germany, where Deutsche Telekom (DT) has an exclusive agreement, and in the U.S. where AT&T Inc. (T) is the sole supplier of the device.

AT&T declined to comment on its deal with Apple Monday, but is trying to extend its partnership beyond 2010, when its exclusive rights reportedly would end.