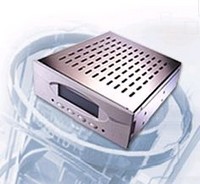 Ursula Burns, who became Xerox's chief executive July 1, called the deal "a game-changer" for her company, saying it "helps us expand our business and benefit from stronger revenue and earnings growth." Its shares fell 5.1% premarket to $8.56.

The deal will triple Xerox's service revenue to an estimated $10 billion next year from 2008's $3.5 billion. It will also give the combined company $22 billion of annual revenue, $17 billion of which coming on a recurring basis.

The deal values ACS shares at $63.11 each, a 34% premium to Friday's closing price and 55 cents below the stock's all-time high set in February 2006. Holders would get $18.60 and 4.935 shares of Xerox for each ACS share. Xerox also will assume $2 billion of ACS debt and issue $300 million of convertible preferred stock, The Wall Street Journal reports.

The deal is worth $63.11 per share and will create a $22 billion business that will mesh both printing and copying services with the information technology and outsourcing components of Dallas-based ACS.

ACS stockholders will receive $18.60 per share in cash plus 4.935 Xerox shares for each ACS share they own. Xerox, based in Norwalk, Conn., will also take on $2 billion of ACS's debt and issue $300 million of convertible preferred stock to ACS's Class B shareholder.

Xerox expects to save $300 million to $400 million in the first three years after the deal closes,The Associated Press reports.

"Xerox becomes a $22 billion global company, of which $17 billion is recurring revenue – a significant boost to our profitable annuity stream," she added. “The revenue we generate from services will triple from $3.5 billion in 2008 to an estimated $10 billion next year.”

Under the terms of the agreement, ACS shareholders will receive a total of $18.60 per share in cash plus 4.935 Xerox shares for each ACS share they own. In addition, Xerox will assume ACS’s debt of $2 billion and issue $300 million of convertible preferred stock to ACS’s Class B shareholder. On an adjusted earnings basis, the transaction is expected to be accretive in the first year.

"We're proud of our significant profitable growth over the past 20 years and our ability to manage our clients’ operations with a global infrastructure and workforce,” said Lynn Blodgett, president and chief executive officer, ACS. "We also know that for ACS to expand globally and differentiate our offerings through technology, we need a partner with tremendous brand strength and leading innovation Xerox offers that and more to bring our business to the next level while strengthening theirs," PR-Inside.com reports.