AIG Hopes For The Better

American International Group Inc.’s U.S. rescue package, revised three times in the past year, would be eased again under a proposal being pushed by the leader of the House Oversight and Government Reform Committee. 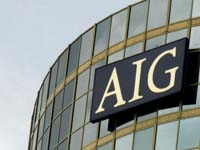 AIG Hopes For The Better

“I’ve directed the committee staff to take a look at Hank Greenberg’s proposal to restructure the debt, because I think it is something to which we should give serious consideration,” Towns said today in an e-mailed statement. Congress should help AIG recover “and that means looking at a number of options, including restructuring the federal loans.”

The American insurance corporation rescued a year ago with a government lifeline that swelled to $182.5 billion, overhauled management last month, naming Robert Benmosche CEO and Harvey Golub as chairman. Benmosche has said he won’t be rushed by regulators into selling assets at unfavorable prices to repay the U.S. and that he will seek advice from Greenberg, who built AIG over 38 years into the world’s largest insurer before being forced to retire in 2005.

AIG suffered from a liquidity crisis when its credit ratings were downgraded below "AA" levels in September 2008. The United States Federal Reserve Bank on September 16, 2008, created an $85 billion credit facility to enable the company to meet increased collateral obligations consequent to the credit rating downgrade, in exchange for the issuance of a stock warrant to the Federal Reserve Bank for 79.9% of the equity of AIG.

There is an ongoing fraud investigation that has been launched by the FBI after the collapse in stock price, according to the Bloomberg's report.