The Montauk, N.Y., beach house of the convicted swindler Bernard L. Madoff has been sold for more than the $8.75 million asking price. 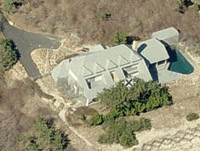 The 3,000-square-foot gray contemporary house on the dunes went on the market two weeks ago. There were multiple bids, said Joan Hegner, an agent with the Corcoran Group who shared the listing with her husband Raymond Hegner. “We have fully signed contracts,” Ms. Hegner said.

Ms. Hegner said the deal should close “in a couple of weeks.”

The United States Marshals Service, which is overseeing the sale of Mr. Madoff’s property, confirmed that there was a buyer for the Long Island beach house.

“The Montauk property is currently under contract,” said Joseph R. Guccione, the United States marshal for the Southern District of New York, in a statement. “At this time, we are not prepared to disclose the name of the potential buyer or the purchase amount in order to protect the integrity of the sale.”

The money raised from the sales will go to pay off victims of Mr. Madoff’s $65 billion Ponzi scheme, according to  New York Times' report.