Signalling that the worst of the economic crisis could well be over, the US Federal Reserve has said that the downturn is bottoming out and financial conditions in the country have improved in recent months. The US Fed has also retained its benchmark rates for the Federal funds in the range of zero to 0.25 per cent, as part of its efforts to help in boosting the economy. After its two-day monetary policy meeting, which ended on Wednesday, the Fed said that "economic activity is leveling out" , Business Standard reports. 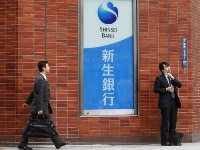 Meanwhile, this is what the Fed does — in practice by trying to keep unemployment down (ideally around the 4-5 percent mark, although that can change over time) and inflation low (no more than 2 percent, roughly).

Formal objectives matter for central banks because they have to weigh trade-offs — “if we try to lower unemployment, what will that do to inflation?” etc. — carefully in deciding where to set short-term interest rates and other dimensions of their support to the credit system , New York Times reports.

However, asian markets ended higher Thursday after the U.S. Federal Reserve indicated the worst was over for the U.S. economy, with resource stocks especially strong on higher metal and crude-oil prices.

Indian stocks rallied as investor sentiment remained high after an unexpectedly strong industrial output in June. India's index for industrial production expanded 7.8% from a year earlier in June, after a 2.2% increase in May , Wall Street Journal reports.