Bernard Madoff's right-hand man in his Ponzi scheme pleaded guilty Tuesday to taking part in the massive fraud, saying others, including himself and Madoff, were involved. 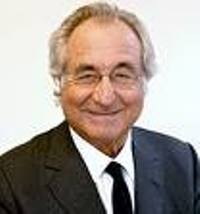 “I knew it was criminal, and I did it anyway,” Mr. DiPascali told Judge Richard J. Sullivan, of Federal District Court, just before pleading guilty to 10 felony counts, including conspiracy and tax evasion.

But Judge Sullivan refused to release Mr. DiPascali on bail after his plea, despite a request by prosecutors that he remain free to better assist their complex, wide-ranging investigations, a jolt to both the government attorneys and the defense lawyers , New York Times reports.