Macy's Inc posted a better-than-expected quarterly profit on Wednesday as it cut costs in the recession, but the department store operator's shares fell 2.2 percent in premarket trading as it offered a full-year earnings outlook that could miss Wall Street estimates. 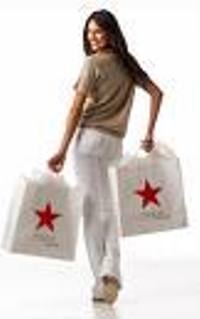 Meanwhile, revenues were $5.16 billion, down almost 10 percent from a year ago, slightly below analysts' forecasts of $5.18 billion. Macy's same-store sales, or sales at stores opened at least a year, were down 9.5 percent. Same-store sales are considered a key indicator of a retailer's health.

"Our unified organizational structure is settling in and working well," said Terry J. Lundgren, Macy's chairman, president and chief executive, in a statement. "It has allowed us to streamline decision-making and build closer relationship with our key vendor resources." ,The Associated Press reports.

“Our new unified organizational structure is settling in and working well,” he said. “It has allowed us to streamline decision-making and build closer relationships with our key vendor resources. Going forward, we expect the gap to become less meaningful as the 49 new districts launched in 2009 come up to speed and begin producing results that parallel the pilot districts. As previously stated, we expect to see some improvement in these new districts in the fourth quarter of 2009 and especially in spring 2010.” , Bizjournals.com reports.

Hotspots and Incidents
Ukraine uses HIMARS systems for the first time
17:20
Zelensky compares NATO to policy to old turnstiles in the Kyiv subway
16:45
NATO officially names Russia the main threat to its security
15:44
Video: Russia did not strike Amstor shopping centre in Kremenchuk
15:05
German Chancellor Scholz grins to question of security guarantees for Ukraine
13:46
Russia tells UN for how long special operation in Ukraine will last
20:00
USA bans Russian gold
19:56
USA sanctions Russian defence officials and TV presenter
18:56
Expert names the two reasons why Zelensky wants to end the conflict before winter
18:46
USA unveils plan for post-Putin Russia to collapse into smaller states
18:11
Russia published images of the decision-making centres in the US and Europe
РусскийDeutschFrançaisPortuguese