Shares in L.M. Ericsson Telephone Co. (ERIC) fell sharply Friday after it said the economic downturn is now hurting some of its markets and net profit fell by more than half in the second quarter, weighed by restructuring charges and losses at its joint ventures. 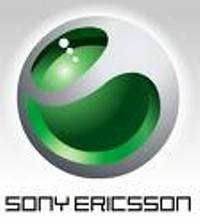 At 0802 GMT, Ericsson was the biggest faller on the Stockholm market, trading down SEK6.30, or 8.1%, at SEK71.20 and underperforming a 1.1% drop in the benchmark OMXS30 index, Wall Street Journal reports.

However, net income plunged 56 percent to 831 million kronor ($111 million), or 0.26 krona a share, from 1.9 billion kronor, or 0.59 krona, a year earlier, Stockholm-based Ericsson said today in a statement. Analysts had anticipated profit of 2.1 billion kronor, the average of estimates compiled by Bloomberg.

Meanwhile, asked if it was considering leaving the joint ventures, Chief Executive Carl-Henric Svanberg said: "No. That is logical (that they make losses) with the position they have and the way the handset market is looking right now."

"Powerful efforts are being made (within the companies), and we don't expect any further weakening of the handset market." , Reuters reports.