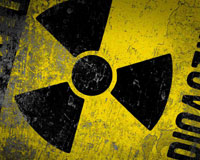 Under the agreement, Areva will hold a 51-percent stake in the joint venture, called Katco. The remainder will belong to Kazatomprom.

The joint venture aims to produce 4,000 tons of uranium a year.

The companies did not specify the financial terms of the venture.

"With this deal, our companies will become privileged partners. It helps diversify our fuel reserves and secure supplies for our customers," Areva chief executive Anne Lauvergeon said in the statement.

The vast majority of France's electricity is produced by nuclear plants.

Areva will have the rights to sell the uranium. In exchange Areva will assist Kazatomprom in developing uranium production facilities.

Kazakhstan is estimated to have the world's second-largest uranium reserves after Australia. But Kazatomprom still lacks the technical facilities and expertise to independently manufacture refined uranium.

The companies said a definitive version of the deal will be sealed in September.