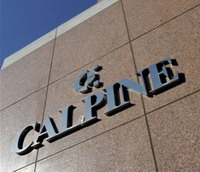 Calpine was founded in 1984 with headquarters in Houston and San Jose, California. The company's stock was traded on the New York Stock Exchange under the symbol CPN until it was delisted on December 5, 2005 due to low share price. In 2008 Calpine emerged from bankruptcy and now trades on the NYSE under the ticker symbol "CPN."

NRG Energy is headquartered in Princeton, New Jersey, and has an ownership interest in 47 power generating facilities around the world. The diverse portfolio of facilities, are primarily in the Northeast, South Central and Western regions of the United States but, they have locations in Europe, Australia and Latin America. The company's operations include baseload, intermediate, peaking, and cogeneration facilities, thermal energy production and energy resource recovery facilities. NRG also has ownership interests in generating facilities in Australia and Germany.

The future of the deal is quite vague, but the company’s will soon decide if there is any need in further talks.