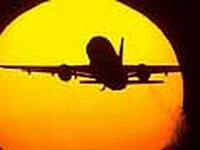 The federal law allows Delta employees vote on union membership if the company merges with a heavily unionized work force, with Northwest in this case.

In April 14, 2008, both Delta and Northwest Airlines announced that they would merge to create the world's largest airline, when including Northwest's partner, KLM. The Atlanta-based combined airline will have $17.7 billion enterprise value. The company also stated on April 14, 2008 that it agreed with its pilot union to extend the existing collective bargaining agreement through the end of 2012. The agreement, subject to a vote by the pilots, provides Delta pilots a 3.5 percent equity stake in the created new airline.

Delta is quite satisfied with the vote results and highlights the airline's ability to "continue a direct relationship with its flight attendants."

If the vote had succeeded, the union would have negotiated future employment terms and benefits on behalf of its members.

AFA is going to file "interference charges" with the National Mediation Board.