GlaxoSmithKline plc (LSE: GSK NYSE: GSK) has received the FDA’s approval to use its drug Entereg for the management of the gastrointestinal side effects after bowel surgery. 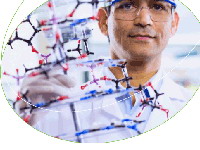 Entereg is a drug which behaves as a peripherally acting μ-opioid antagonist. With limited ability to cross the blood-brain barrier, many of the undesirable side-effects of the opioid agonists such as constipation are minimized without affecting analgesia or precipitating withdrawals.

The drug was developed by Adolor Corporation (NASDAQ: ADLR), a biopharmaceutical company specializing in the discovery, development and commercialization of prescription pain management products.

Adolor has cooperated with GlaxoSmithKline in the worldwide development and commercialization of Entereg in multiple indications.

In order to get the approval both organizations submitted data from five clinical studies involving more than 2,500 patients. Earlier the FDA issued "approvable letters" for Entereg, in 2005 and in 2006, but it required more clinical trial data.

Entereg will be administered only in hospitals before and after surgery.