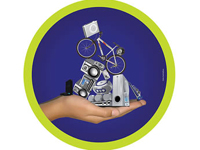 Telefonica reiterated group guidance for 2008, which include OIBDA growth of between 7.5 percent and 11 percent and a revenue increase of 6-8 percent, despite a slowing Spanish economy from which the group derives more than 40 percent of core earnings.

Telefónica, S.A., is a Spanish telecommunication company. Operating globally, it is one of the largest fixed-line and mobile telecommunications companies in the world: 4th in terms of number of clients and in the top five in market value. Telefónica is the second largest corporation in Spain.