Triarc Companies, Inc., a holding company and the franchisor of the Arby's® restaurant system, announced a net loss of $67.5 million, compared with net income of $7.1 million in the first quarter of 2007. 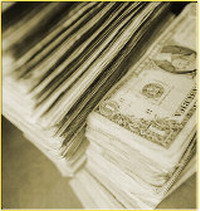 The loss resulted from a loss on the company's investment in Deerfield & Co. Triarc recently sold its stake in the company.