US Airways Group Inc. and Swiss International Air Lines Ltd. signed a codeshare agreement, an airlines alliance allowing passengers to transfer between the two airlines in Zurich and connect to 10 European destinations. 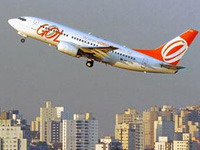 Under a code sharing agreement participating airlines can present a common flight number for several reasons, including:

Connecting flights - this provides clearer routing for the customer, allowing a customer to book travel from point A to C through point B under one carrier's code, instead of a customer booking from point A to B under one code, and from point B to C under another code. This is not only a superficial addition as cooperating airlines also strive to synchronize their schedules and coordinate luggage handling, which makes transfers between connecting flights less time-consuming.

Perceived service to unserved markets - this provides a method for carriers who do not operate their own aircraft on a given route to gain exposure in the market through display of their flight numbers.