Garancia as example of cooperation of Groupama and OTP Bank 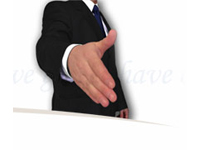 Garancia as example of cooperation of Groupama and OTP Bank

Groupama contraction of GROUPe des Assurances Mutuelles Agricoles (french for Group of Mutual Agricultural Insurances) is an international insurance group based in France.

OTP Bank is the biggest commercial bank in Hungary, operating in Central and Eastern Europe. The bank operates over 1000 branches, and serves over 10 million customers in 8 countries.

The Bank hosts an international organisation called the OTP group. The several parts of the group work in different areas of business. OTP Garancia Insurance Ltd, an insurance company, is one if them.

The investigation by the European Union's executive arm focused on the underwriting of non-life insurance products in Hungary and on casualty-accident and fire insurance, where the parties' main overlaps can be found, it said in a statement.

"The Commission concluded that in view of the parties' limited presence in these markets, the absence of significant barriers to entry and the presence of strong and internationally active competitors ... no competition concerns would arise as a result of the proposed transaction," the Commission said.

Under the deal, Groupama will acquire OTP's insurance operations in Hungary, Romania, Slovakia and Bulgaria. The two companies will also consider establishing wider cooperation to cross-sell products in all the countries in which OTP operates, OTP said in a statement when the deal was announced.

As part of the deal, Deutsche Bank built a stake of almost 5 percent in OTP, in agreement with the Hungarian bank. That stake will be sold to insurer Groupama.