Takeda Pharmaceutical Co Ltd. is going to buy U.S. firm Millennium Pharmaceuticals Inc, a biopharmaceutical company based in Cambridge, Massachusetts, for $8.8 billion. The Jjapan's drug maker believes that this acquisition would to propel its cancer drug business. 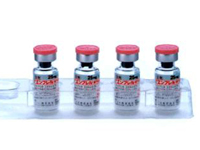 The friendly cash offer of $25 per share -- 53 percent above Millennium's closing share price on Wednesday -- is the latest example of accelerating M&A in the biotech sector as drugmakers scramble to secure promising technologies and pipelines developed by smaller firms.

Takeda Pharmaceutical Company Limited is the largest pharmaceutical company in Japan, with overseas business offices in Europe and in the United States.

Takeda has long been under pressure to use a $10 billion war chest to strengthen its pipeline before a U.S. patent on its top-selling diabetes drug, Actos, expires in 2011.

Developing cancer drug pipelines has been a top priority for Japanese drug makers which have been late to step into the lucrative business.

The Millennium purchase adds blood cancer drug Velcade to Takeda's portfolio. The U.S. biotech firm forecast in January that Velcade would produce $320-$345 million in sales this year, up around a quarter from 2007.

Millennium, which had $528 million in revenues last year, also has a potential therapy for inflammatory bowel disease, which is expected to enter late stage clinical trials in late 2008 or early 2009.

The deal was conditional on majority acceptance of the offer by Millennium shareholders, the companies said in a joint statement.

Takeda shares fell 2.5 percent on Thursday to close at 5,410 yen before the bid was announced, underperforming a 1.3 percent fall in the Nikkei share index.