TomTom revised its 2008 revenue outlook on Tuesday and warned price cuts would hit first quarter sales and profits, sending the stock to a 32-month low. 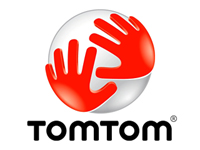 The company said quarterly sales would fall year-on-year for the first time since the company went public in 2005.

Analyst forecasts range from 290 million to 418 million euros for the figures, which are due on April 23.

Revenue in the same quarter a year earlier was 296 million euros.

The Amsterdam-based firm said its operating margin would fall to a low single-digit percentage from 19 percent a year earlier.

A weak first quarter would mean full-year 2008 revenue of between 1.8 billion and 2.0 billion euros, TomTom said, cutting a projection of 2.0 billion-2.2 billion made in February.

It expects to achieve a gross margin of 40 percent and operating margin of 20 percent, in line with long-term targets.

TomTom said first quarter results would reflect the fact it had cut prices ahead of the introduction of new models and retailers reducing their inventory levels more strongly than expected, especially in Europe.

"That's not TomTom specific, it's not even PND specific, it's a generic desire of retailers to shorten their balance sheets," TomTom CEO Harold Goddijn told an analyst conference call. "I don't think it's a slowing down of the market overall."

The global slogan for TomTom is "the smart choice in personal navigation". In the United States and Canada, they currently use "Go confidently". The UK slogan is "Find your way the easy way".