Novartis to expand its business 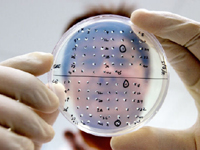 Novartis to expand its business

Novartis will acquire a first, 25 percent stake in Alcon for $11 billion and has an option to buy Nestle's remaining 52 percent stake for a fixed price of $28 billion between January 2010 and July 2011.

Novartis would afford the first stake in Alcon with money taken from its cash reserves and external short-term financing.

It would finance a possible buy of the second stake from cash and further borrowing.

Nestle said the transaction would have a positive effect on its 2008 earnings per share and proceeds from the sale would be used to cut debt.

Novartis International AG is a multinational pharmaceutical company based in Basel, Switzerland that manufactures different important drugs (clozapine, diclofenac, carbamazepine, cyclosporin A, letrozole) including genetic drugs through Sandos, a large manufacturer of generic drugs, which it owns.