Toyota Motor Co said on Tuesday it would invest about 50 billion yen ($500 million) to build an engine factory in northern Japan as it continues to increase output to meet growing demand for its fuel-efficient cars. 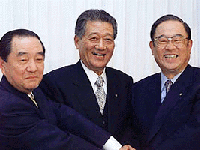 Toyota Motor Corporation is a multinational corporation headquartered in Japan. Toyota is the World's second largest automaker, behind the United States based General Motors.

Toyota Motor Tohoku, a wholly owned unit of Japan's largest automaker, said in a statement that the factory in Miyagi Prefecture would start operations by the end of 2010 and eventually have production capacity of 400,000 engines per year.

Toyota, which makes the Camry sedan and Prius hybrid, said the factory would produce a new type of compact 4-cylinder gasoline engine that would be supplied to the auto giant's assembly plants in the region.

Company spokeswoman Kayo Doi declined to give further details such as the displacement or what models it would run.

The Nikkei business daily had reported last month that the new factory would make 1.5-litre-class engines to be used in subcompact sedans and other small vehicles, demand for which has been increasing worldwide amid higher fuel prices.

Toyota has roughly doubled its sales over the past decade and with a tally of just under 9.37 million vehicles narrowly missed out surpassing General Motors for the top spot in global sales last year.

Toyota has forecast it would sell about 9.85 million cars in 2008 but an executive acknowledged last month that it could fall short of that target due to signs of a slowdown in the United States and Europe.