Citigroup Inc. will pay $1.66 billion and give up an estimated $4.25 billion in claims to settle a lawsuit by Enron Corp. creditors over the former energy trader's bankruptcy case. 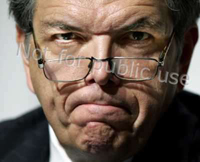 The creditors, represented by Houston-based Enron Creditors Recovery Corp., were seeking as much as $20 billion from New York-based Citigroup. The bank is the sole remaining defendant in the 2003 lawsuit seeking to hold lenders liable for the roles they allegedly played in the fraud that destroyed the company. Enron filed for bankruptcy in December 2001.

Citigroup, which didn't admit or deny wrongdoing, said funds for the settlement have already been set aside. As part of the accord, Enron agreed not to challenge $2.4 billion in claims by holders of credit-linked notes tied to Citigroup.

Citigroup had a $2.8 billion reserve for Enron, WorldCom Inc. and initial public offering-related litigation, according to a U.S. Securities and Exchange Commission filing.

The deal must be approved by U.S. Bankruptcy Judge Arthur Gonzalez in New York, who oversees Enron's bankruptcy.

The settlement comes after U.S. District Judge Gerard Lynch in New York on March 18 denied Citigroup's request to take the so-called mega-claims case away from Gonzalez and hold a jury trial in federal district court.

Citigroup Inc. is a major American financial services company based in New York City, formed from the merger of Citicorp and Travelers Group on April 7, 1998. According to Forbes Global 2000 in March 2007, it is the largest company in the world with total assets of US $2.4 trillion (as of Sept 2007). The company employs 332,000 staff around the world, and holds over 200 million customer accounts in more than 100 countries.

Citigroup shares were 4% lower in morning trade on the New York Stock Exchange. Enron Creditors Recovery Corporation (formerly Enron Corporation) was an American energy company based in Houston, Texas. Before its bankruptcy in late 2001, Enron employed around 22,000 people and was one of the world's leading electricity, natural gas, pulp and paper, and communications companies, with claimed revenues of $111 billion in 2000. Fortune named Enron "America's Most Innovative Company" for six consecutive years. At the end of 2001 it was revealed that its reported financial condition was sustained mostly by institutionalized, systematic, and creatively planned accounting fraud. Enron has since become a popular symbol of willful corporate fraud and corruption.