AMR planes to be inspected by FAA

AMR Corp. voluntarily canceled about 200 flights or nearly 10 percent of its flights, on Wednesday to check plane wiring and its MD-80 planes as part of a national air worthiness directive by the Federal Aviation Administration. 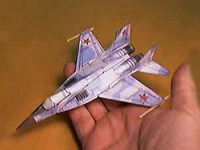 AMR planes to be inspected by FAA

"We are reinspecting the MD-80s to make sure the wiring is installed and secured exactly according to the directive," AMR said in a statement.

The Federal Aviation Administration last week launched an audit of maintenance records at all domestic airlines following alleged inspection lapses at Southwest Airlines Co that led the agency to propose a record fine of $10.2 million on March 6.

AMR said the inspections can take several hours per aircraft. Many of the checks have already been completed, and the aircraft are back in service. AMR said the other planes will return to service throughout the day.

AMR shares were bid at $9.50 in premarket trading, down from Tuesday's closing price of $9.63 on the New York Stock Exchange.

AMR Corporation is a commercial aviation business and airline holding company based in Fort Worth, Texas.

The Federal Aviation Administration is an agency of the United States Department of Transportation with authority to regulate and oversee all aspects of civil aviation in the U.S.

- Developing and operating a system of air traffic control and navigation for both civil and military aircraft;

- Researching and developing the National Airspace System and civil aeronautics;

- Developing and carrying out programs to control aircraft noise and other environmental effects of civil aviation.