Casual Male Retail Group Inc. stated fourth-quarter profit that was lower than the market view, due to the slowing down of the customer flow and accelerated promotional discounts. 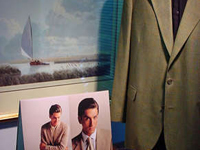 "During the most recent quarter, the environment for men's apparel was extremely challenging and Casual Male was affected by a reduction in store traffic of 7.5 percent," Chief Executive David Levin said in a statement.

Casual Male Retail Group Inc. is a chain of specialty clothing retailer that operates under the trade names Casual Male XL, Rochester Big & Tall Clothing, and Sears Canada-Casual Male. Its claims on its website to be the leading retailer of such clothing, with over 520 locations in the United States, England and Canada.