Coventry Health Care Inc. reduced its 2008 profit forecast on Monday, citing the impact of the flu on medical costs and pressure on net investment income, but expressed confidence in all its business lines amid fears of a broad downturn among health insurers. 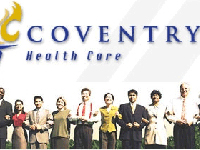 Coventry backed its previous view of medical-cost trends for the year and said performance in its Medicare plans for the elderly remains on track.

Coventry shares were off $1.38 or 3.2 percent, to $41.37 in morning trade on the New York Stock Exchange, slightly underperforming other health insurer stocks and the broader U.S. markets.

"Not withstanding the downward adjustment to our full-year EPS range, we are very pleased with the consistent performance and strong, fundamentally sound positioning of our ongoing businesses," Chief Financial Officer Shawn Guertin said in a statement.

WellPoint's announcement sparked fears of a downturn in business fundamentals for the entire industry. Since then, the S&P Managed Healthcare index, which includes the six largest health insurers, is off some 18 percent.

Coventry expects flu-related medical costs across all lines of business to be about 4 cents per share higher than originally expected. The flu costs are only expected to hurt results in the first quarter.

Coventry cut its first-quarter profit projection to 81 cents per share from 85 cents to 87 cents previously.

Humana Inc. on Wednesday sharply cut its first-quarter and full-year outlook, blaming high drug costs for one of its Medicare prescription plans.

UnitedHealth Group Inc., the largest health insurer by market value, said Wednesday there may be pressure on first-quarter and full-year 2008 results but that it was "premature to draw adverse conclusions."

Aetna Inc. and Cigna Corp. affirmed their 2008 forecasts and their stocks have held up best over the past week.